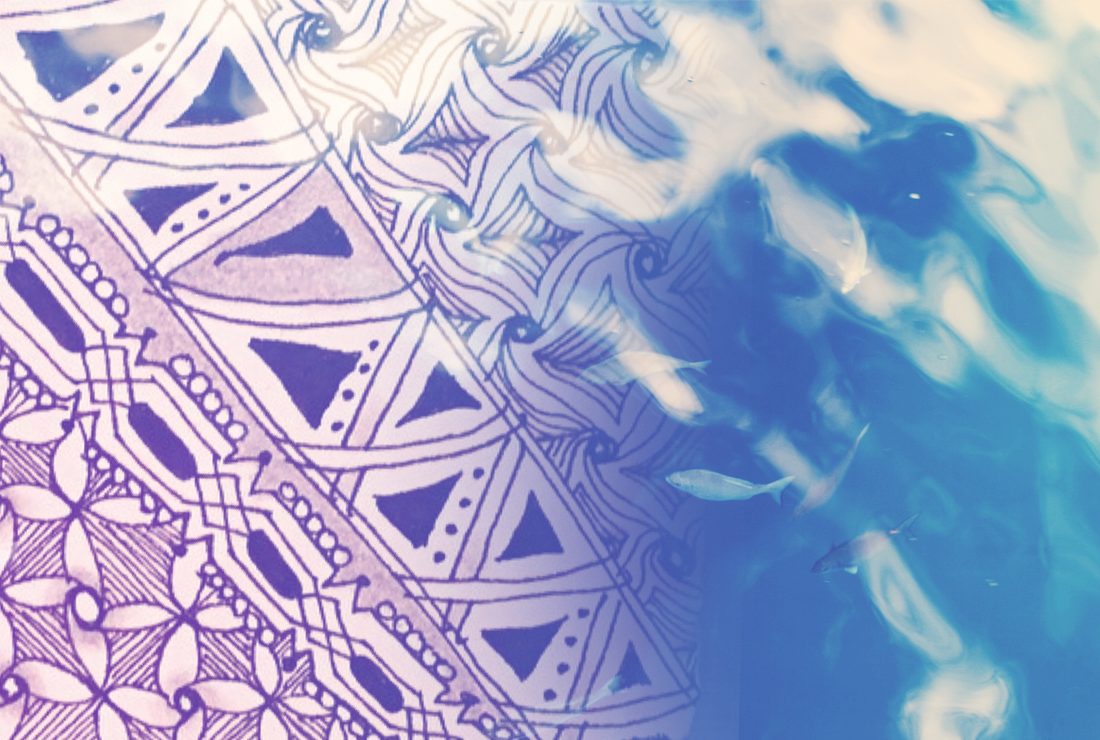 Posted at 18:00h in Education by Loveless

For the past few months I’ve been enjoying the privilege of working with two classrooms of first graders each week. Most of these children were introduced to SWI in Pre-K or Kindergarten, so they already can see language through the lens of meaning. They have a solid collection of suffixes in their schema, and they understand that we can seek regularity in orthographic conventions by using the inquiry process.

While they had some familiarity with the suffixing convention for replacing single, final, non- syllabic <e>, we wanted to take their knowledge deeper and clarify some misunderstandings.

I created a poster of an ocean scene with a sailboat sailing on the surface and a submarine submerged underwater. As we talked about the poster, I wrote the word <submarine> on the board. They started to figure out the structure of the word after I mentioned “marine life” and the “Marine Science Museum.” They had several wonders about <substitute> and felt revelatory with <subway>, an underground train. Someone suggested <subtotal> and an excited hand blurted out,

“What about <subtraction>?! I know what that has to do with ‘under!’ It’s like you put the numbers underneath each other to find out what’s left.”

It’s okay to pick and choose which hypotheses you clarify in the moment. I decided to let this idea stand.

I pointed out that they now had plenty of evidence to be able to add a new prefix to their morpheme wall. Then I showed them a new word.

“This poster is a place for us to see the ‘substructure’ of words. On the surface, words might be spelled a certain way like when we see them in a book. But if we ‘submerge’ the word under the ocean, sometimes a different substructure that was hidden before is revealed.” (Use a dramatic voice for the best effect!)

I wrote the free base element <please> on a large sticky note and  placed it in the center of the poster. “I wonder what other words might belong in a family with this base?” I didn’t wait too long  before placing more sticky notes with the words <pleasing> and <pleased> on the poster, above the ocean’s surface. A discussion ensued about the meaningful connections between these three words.

“If you do something nice, it’s like you’re pleasing your parents. They feel pleased,” the students explained.

“Right. So the word <please> isn’t only something you say when you want something,” I reflected. I added <pleasure> and <pleasant> to the poster. These words didn’t feel quite so obvious to them.

Someone remarked, “Well, it feels pleasant when you do something pleasing.”

“Let’s see if we can build some of these words with a word sum.” I used another sticky to write the base and a plus sign. On some smaller stickies we added the suffixes they noticed. Being champions of equity, they wanted to add some prefixes as well. Someone suggested <un-> and their teacher talked about the word <displeased>, giving us <dis->. An empathetic soul noticed the negative connotation of both of those additions and declared we needed some positivity that might be found with a prefix like <re->. We had a debate about whether they would create a word we would actually use, but we kept it in the spirit of kindness in which it was intended. 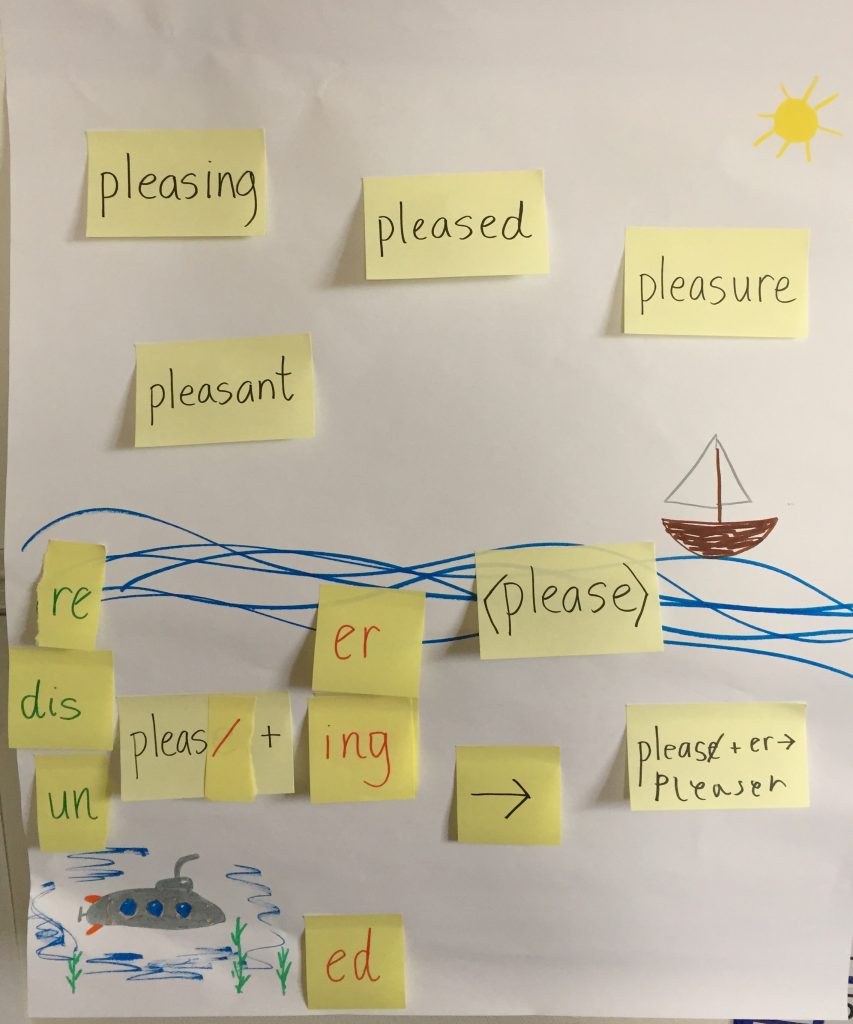 (Note here, those types of suggestions happen more often with younger children whose vocabularies aren’t as thoroughly developed and still contain unconventional forms like <*understanded>. Sometimes we talk about how a particular form might not be used today, but perhaps it might start being used in the future. I don’t worry about a couple of creative hypotheses unless they absolutely don’t make sense. The students’ developing oral language will sort conventional usage out soon enough. The focus on structure and morphology is more important to me.)

Now we had a place where we could use some data to analyze when a single, final, non-syllabic <e> is replaced. Each of these vowel suffixes forced a change, and since this concept was somewhat familiar already we worked together to create language for it.

“So anytime you have a ‘vowel suffix’ being added to something that ends with final, non-syllabic <e>, that <e> will be replaced by the suffix.”

Looking at this word sum, <please + er –> *pleaseer>, without making any changes, the students could see how confusion could occur and that the pronunciation would no longer represent the word in question. In essence, that single, final, non-syllabic <e> was no longer single or non-syllabic.

Teachers often ask how to make SWI accessible and fun for younger students. First of all, young children are just as energized learning the real terms for language as the cutesy gimmicks we might make up. In fact, sometimes they feel more excited and proud to use words that seem very important and grown up. But I do find that occasionally creating visuals like this poster can help attract and engage the attention of a full class of students. If we keep visuals simple and meaningful, and continue to use accurate language while we discuss words, a new format may inspire new insights to emerge.